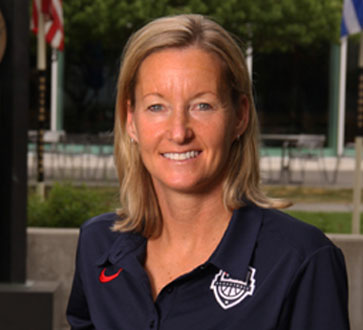 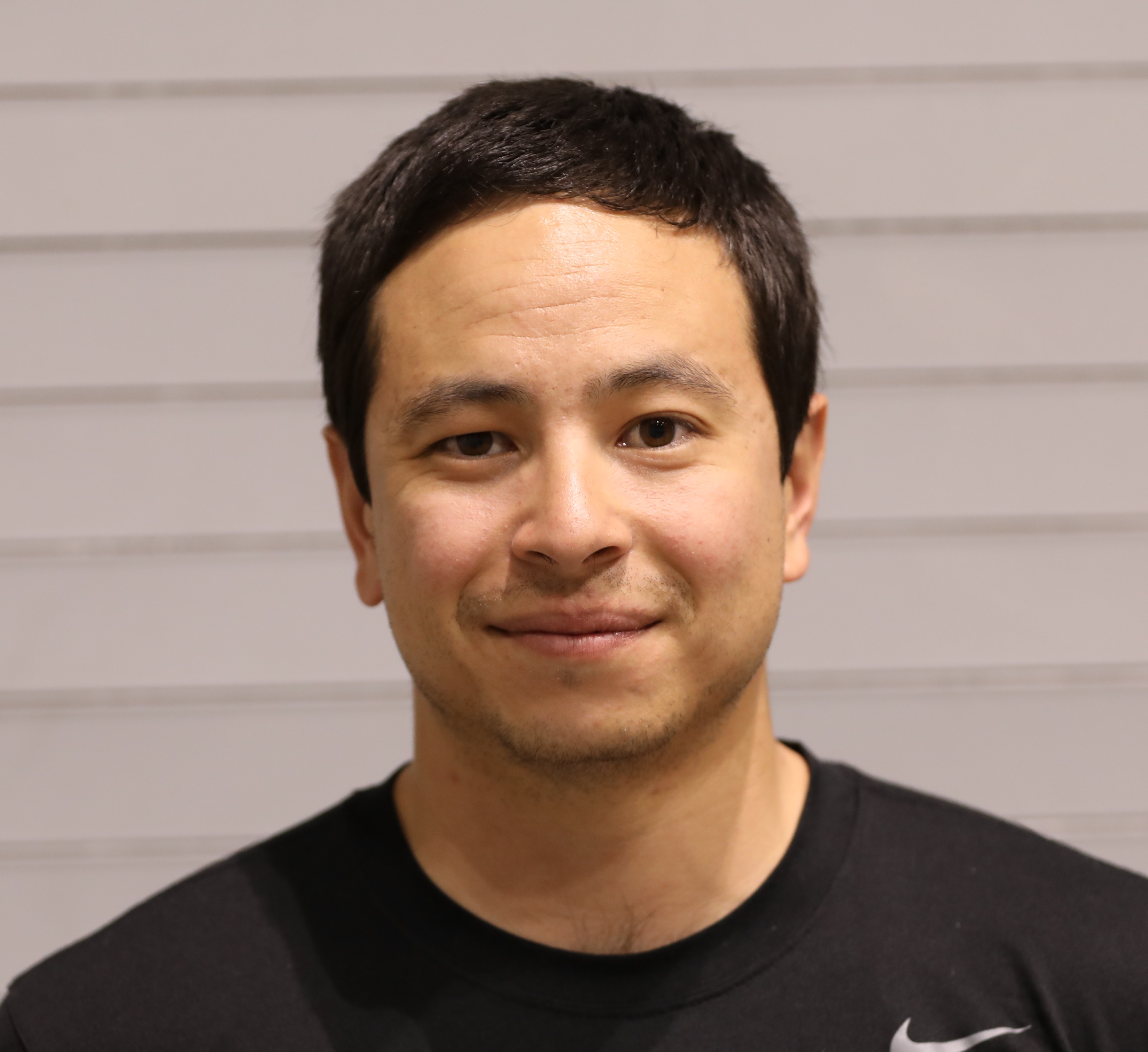 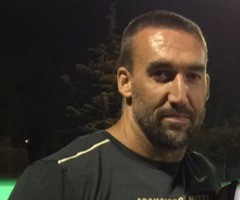 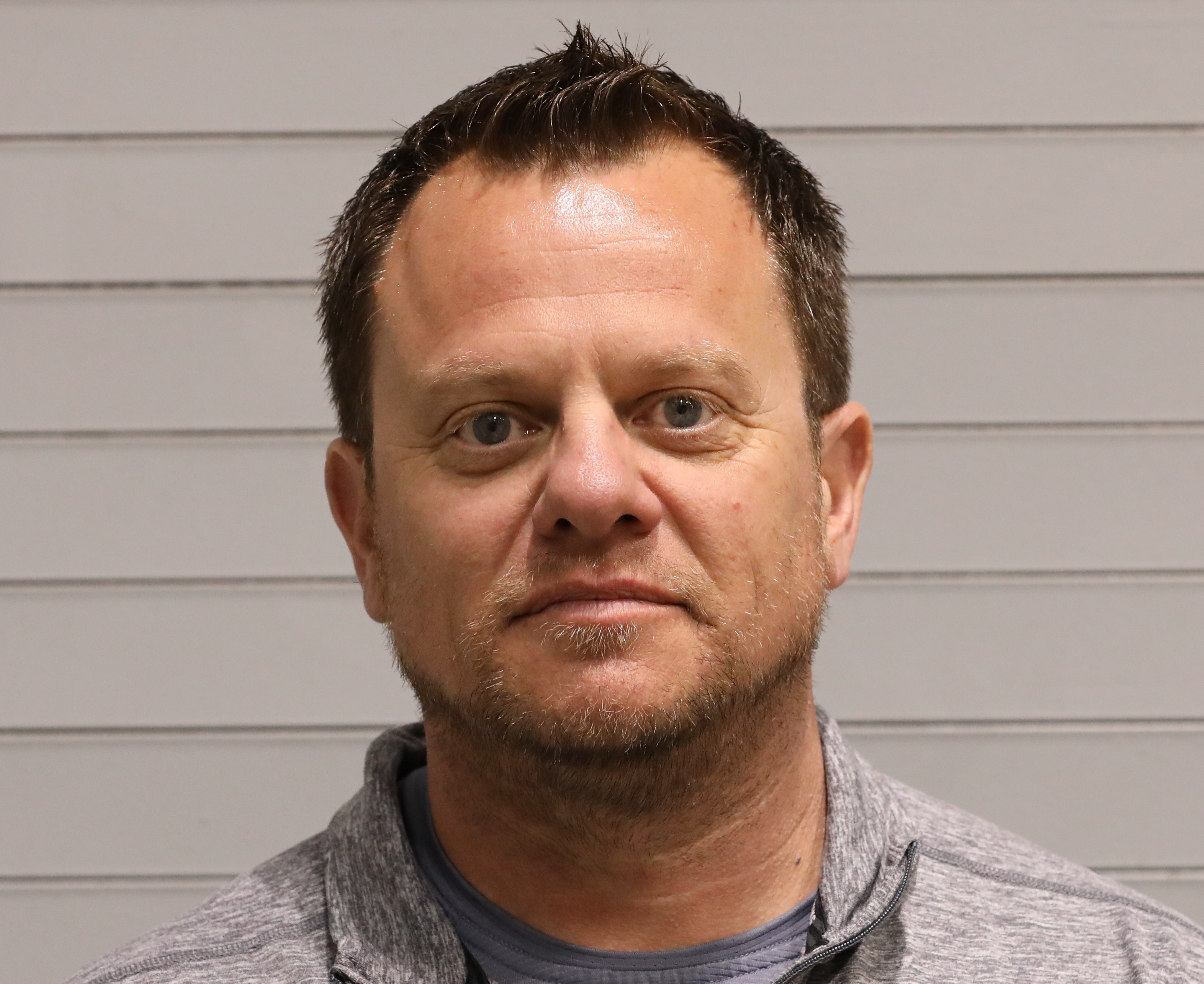 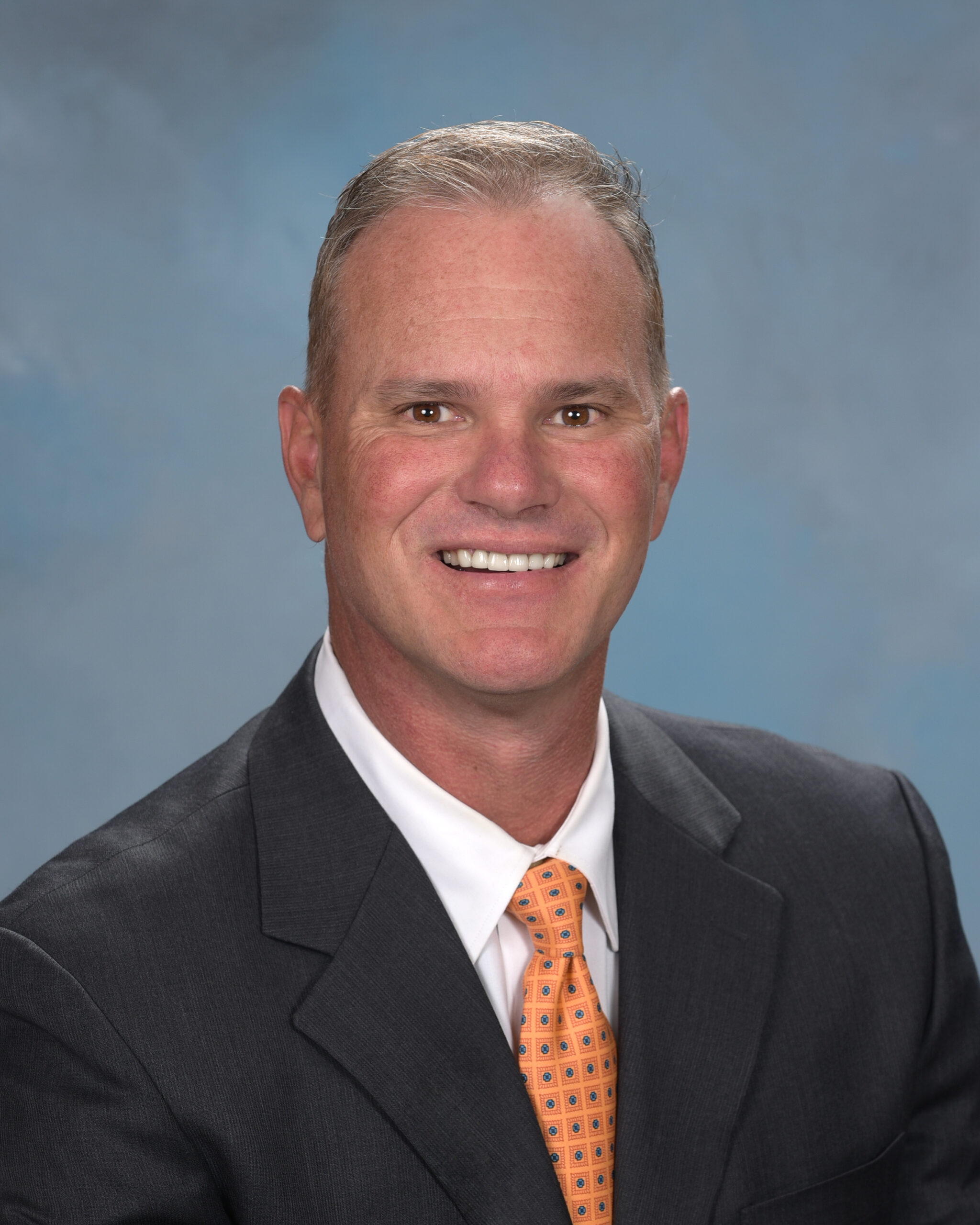 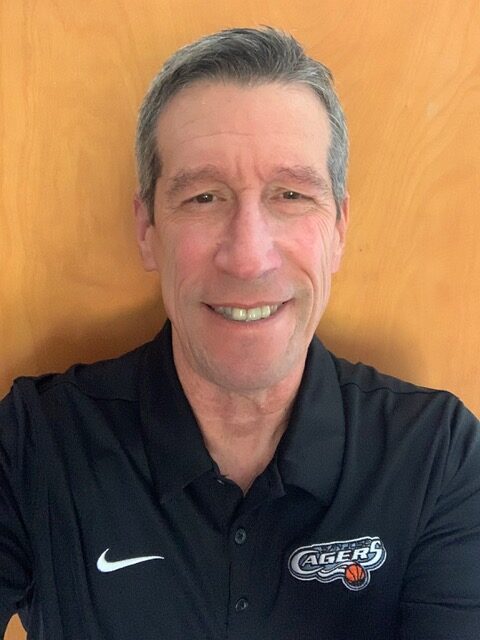 Sue Phillips is currently in her 15th year as the Program Director and member of the coaching staff of the San Jose Cagers women’s basketball program.  She is also in her 23nd year as a math teacher and the head coach of women’s basketball at Archbishop Mitty High School where she maintains a high school record of 638 – 124, including last season’s Central Coast Section Championship title. Under Coach Phillips’ direction, Archbishop Mitty High has captured 22 WCAL league titles, 19 CCS titles, 12 Northern California titles, and 6 CIF state championships.  In 1999, Coach Phillips guided the women’s varsity team to its first state title at the Division I level. That same year, the Monarchs finished with a 31-0 record, and Coach Phillips was named National Coach-of-the-Year by Student Sports Magazine.  In 2000, aside from coaching at Archbishop Mitty High, Coach Phillips spent the year as the lead assistant of the women’s basketball program at the University of California, Berkeley.  In 2004, American Quarterly Basketball named her as one of five high school coaches in the country that “you should know.”  Coach Phillips’ program at Archbishop Mitty has produced over 50 NCAA Division One athletes including WNBA standout Danielle Robinson and Olympian Kerri Walsh.

Coach Phillips has also teamed up with Nike.  The Archbishop Mitty High women’s basketball program is a Nike sponsored program and maintains a varsity apparel sponsorship with the company.  Coach Phillips assists Nike as a Regional Nike Skills Academy Coach and, over the past two years, Sue has been a Nike Championship Clinic Speaker in Chicago, Portland and St. Louis where she has given her presentation on Defensive Systems for Success.

Coach Phillips graduated from Archbishop Mitty High in 1986 with several scholarship offers. Choosing to play softball at Northwestern University over basketball at Cal, Sue became an All-Big Ten and All-Region player for the Wildcats before returning to Mitty as a math teacher and coach.  She resides in San Jose.

Fresh off her gold medal win as Head Coach of Team USA’s U17 girls at the FIBA World Championships (http://www.fiba.com/world/u17women/2014), Coach Phillips enters her 15th year as Program Director of the San Jose Cagers and Head Coach of the blue team.  Her distinguished coaching career includes numerous accomplishments at the high school, collegiate and international levels: 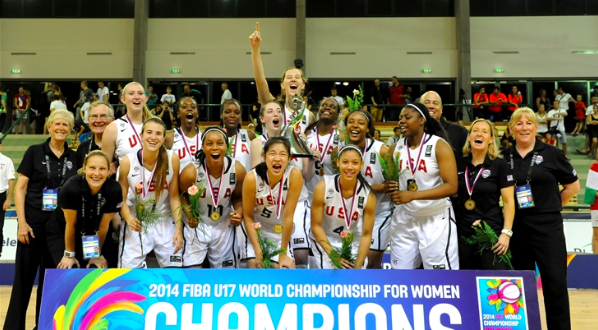 The following areas are of key importance in Coach Phillips’ philosophy towards coaching.

In a recent article published by the American Medical Society for Sports Medicine (AMSSM), the dangers of too much training and competition were discussed.

“Not only are overuse injuries in young athletes likely much more common than is realized, these injuries can require lengthy recovery periods, and in some cases, they can result in long-term health consequences,” says lead author John P. DiFiori, M.D., Chief of Sports Medicine and Non-Operative Orthopaedics at UCLA, and AMSSM President.

For the 44 million U.S. children and adolescents between 6-18 years who participate in some form of organized athletics, youth sports can be an enjoyable and beneficial experience, offering opportunities to increase self-esteem, peer socialization and general fitness. However, an emphasis on competition, collegiate scholarships and elite-level success has led to increased pressure to begin high-intensity training at young ages, often in only one sport. Consequently, overuse injuries and burnout are affecting many young athletes.”

You may view the entire article here:

As an organization, the Cagers understand the competitive nature of basketball and the trend of sport specialization. We realize that balancing  both the academic and athletic demands of high school might lend itself to choosing a single sport, however, we want to guard against sport specialization at an age when it it is not necessary. We choose to not offer a year round program for grades 5 – 8, so that these young athletes can play multiple sports and reduce the risk of overuse injuries and burnout.

Shop for instructional videos at www.championshipproductions.com 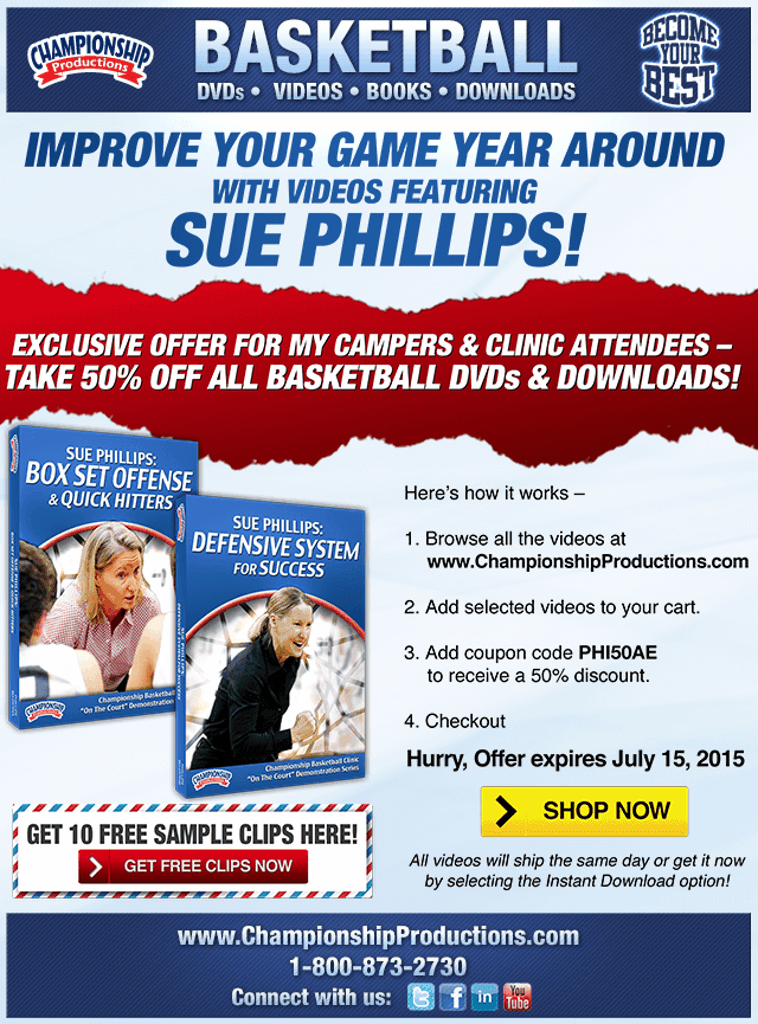 Jeff just completed his fifth year coaching at Archbishop Mitty High School, where he currently serves as the head coach for the women’s junior varsity team. He was also on the coaching staff of the 2016 women’s varsity team that won the WCAL and CCS Open Division Championship. Jeff has been a part of two state championships, three NorCal championships, and four WCAL championships. Prior to that he coached at Cupertino High School, St Justin School and for the Bay Area Tarheels. In his spare time, Jeff is a volunteer coach for the San Jose Ninja Youth Club and enjoys hunting and fishing.

Brett Nichols has been the real “backbone” behind the Cager strength & conditioning program. Brett has a Bachelors of Science from Cal Poly San Luis Obispo and training certifications from NSCA, RKC, USAW and FRCms. Brett brings a positive attitude and proper instruction for our players to improve their core strength, diet and creating life long health habits. 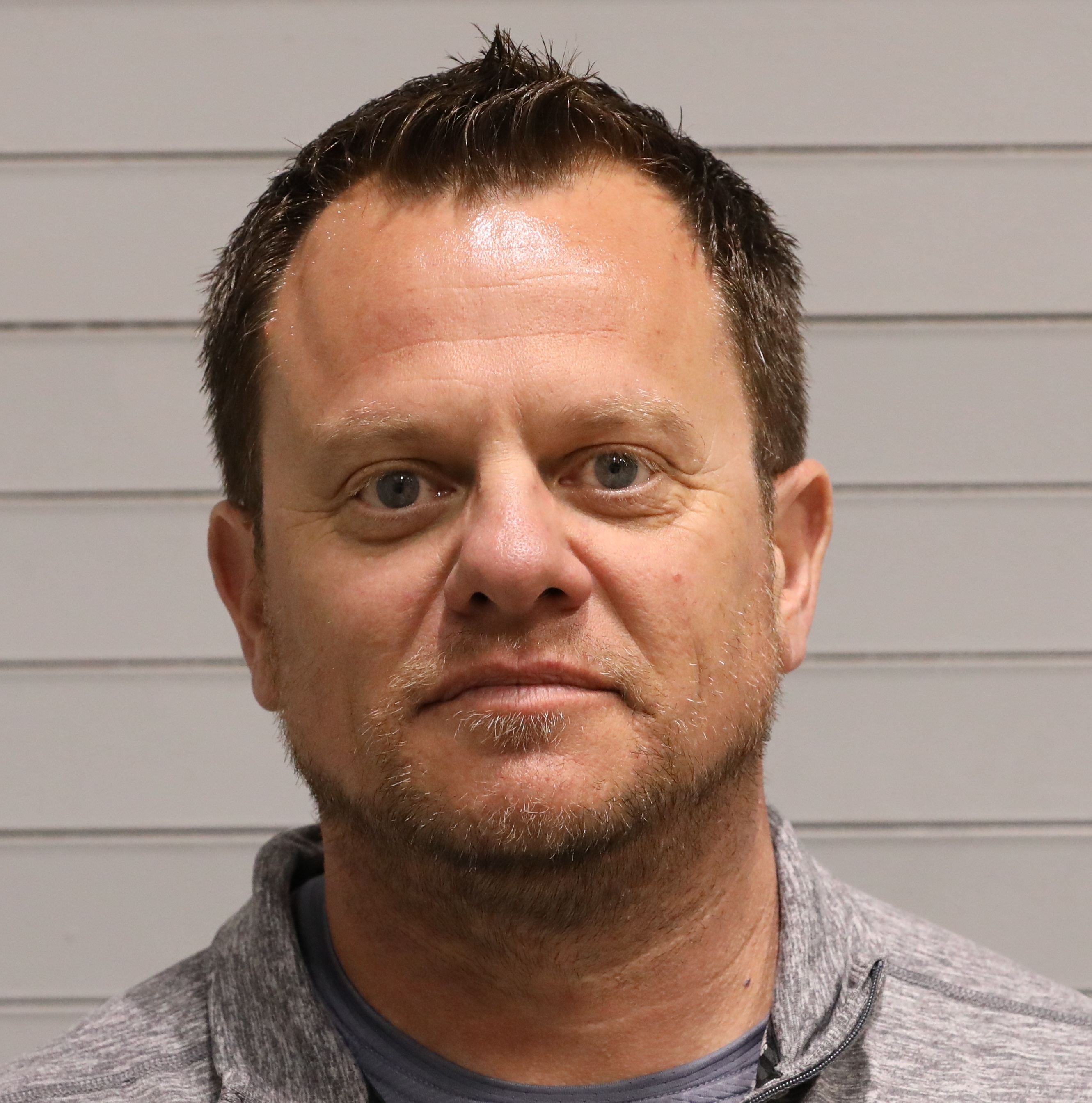 David “Coach Matt” Doyon has been a member of the San Jose Cagers coaching staff since 2011. He is married to his wife Alta and has a daughter Tatiana in her twenties. Coach Matt is a 7th grade English/Language Arts and Social Studies teacher at Peter Burnett Middle School in San Jose, Ca. He holds a bachelor’s degree in Liberal Studies from NHU and a master’s degree in Education from UCSC. His previous coaching experience includes head coaching and assistant positions at Piedmont Middle School and James Lick High School. Also, Coach Matt has been involved in coaching and officiating NJB and AAU club basketball since 2003. Matt is currently the frosh assistant coach for women’s basketball at Archbishop Mitty High School. He believes that players are students first and athletes second and incorporates that philosophy into his basketball pedagogy.

Talaya Anderson brings over 16 years of involvement with youth basketball coaching.  For over 7 years,  Talaya held the position of Chapter Director and coach for Coyote Creek NJB.  Under her leadership, Talaya and her board members were able to double the size of teams participating in the competitive All-Net league and Divisional League.   Beyond NJB, Talaya coached girls basketball at Valley Christian for 9 years at different levels ranging from middle school, freshman and junior varsity.    She also held a junior varsity head coaching position at Leland High School, where she guided them to winning their first Leland Classic championship in over 15 years.  Even though Talaya is only entering her  third year with the Cagers  program, she brings a wealth of AAU coaching experience with coaching stints at South Bay Elite (Co-Founder 6yrs) and Top Flight Elite (4 years).   Talaya has raised four ballers of her own and enjoys giving back to the community in her free time.

Tracy Gipson brings of wealth of basketball experience as a player and coach.  Coming out high school, Tracy chose to further his basketball career at Valparaiso University.  During his time at Valpo, Tracy was able to break the schools all-time scoring record and finish in the top ten in 8 conference categories.  Tracy was inducted into Valparaiso’s Hall of Fame in 2002.

As a coach, Tracy has spent the last 15 years coaching at a variety levels.  Tracy just completed his 7th year at Chabot Junior College, where he has served as the lead assistant.  During his time there, the Gladiators have shared or won outright the league title and a state championship in 2015.  Before moving to Chabot, Tracy coached at Foothill College as an assistant for 3 years and 1 year head coach. While Tracy was at Foothill, the Owls won the league title each year and one state championship runner-up.

Frank is new to the Cagers coaching staff this year and will be assisting Coach Phillips with the Blue squad.  He spent the 2021-22 high school season assisting the Archbishop Mitty JV women’s team to a WCAL league title.  Before that, Frank coached for three years at Leland High School. Here, he took the JV team to it’s best record of 22-2 in 2019-20 and assisted Varsity to a league title in 2020-21.  Away from the court, Frank provides one on one and small group training in speed and agility for all sports and position specific training in football and basketball.  He is no stranger to the Cagers as his daughter Courtney (a 2012 Mitty graduate & State Champion) spent 7 years in the Cagers program before continuing on to play college basketball at Santa Clara.

Coach Rich’s JV teams had won multiple titles while at Aragon high school as well as it’s first ever Varsity CCS championship.  Currently, he is in his first year  as the Varsity head coach at Carlmont high school and will be coaching in his second year with the Cagers.

He is married to Eva and has two daughters; Kimi, a former Water Polo player at UCSB and Hannah, a former basketball player at Archbishop Mitty, University of Utah and UC Davis.